Taking pride in customer satisfaction, representing honesty and integrity, and striving for your success!

Oregon is where it all began for Kendall. Raised on the family farm, Kendall went on to attend Oregon State University in 1953, and from there, served in the Military from 1954-1956. In 1955, he married his high school sweetheart, Sharon, and together they returned to farming. Kendall represented Oregon at the National Outstanding Young Farmers Congress, served in both civic and school boards, and various other organizations.

Kendall moved his family to South Dakota in 1981, where he became a Crop Consultant serving the central area of the state. After giving retirement a try in 2003, he found himself working part time as a County Weed Supervisor and performing numerous duties for Farm Service Agency.

Backed by an agricultural knowledge and strong business ethics, Kendall was inspired to obtain a real estate license. After six years of working as a broker associate, he established Dakota One Realty. He encourages you to take advantage of his years of experience and contact him for your buying and selling opportunities. 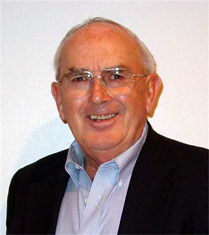 Alan Voller is no stranger to the agricultural industry. Having been raised on a farm/ranch in Northwest South Dakota, he has great knowledge of the agricultural business, enabling him to cater to a wide variety of needs.

Alan attended South Dakota State University and earned a Bachelor’s Degree in Animal Science. After graduating, he held a position as an Executive Director with USDA, which helped him build life-long relationships in numerous counties across the state of South Dakota and beyond.

In 2013, he retired from USDA and started an insurance agency in Bison South Dakota, where he was joined by his wife Karen to form the Voller Agency, LLC. Together they provide a full line of insurance products to their clients.

The Voller Agency continues to encourage the growth of their family business by adding real estate brokerage to their services offered. As a Broker Associate for Dakota One Realty, Alan encourages you to contact him if you are interested in selling or buying real estate. 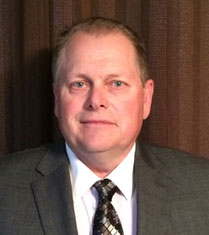